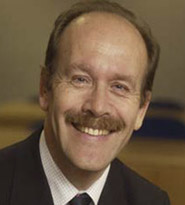 MHB has been Scientific Director of the Master of Science in International Finance (ranked n°9 worldwide by the FT) at SKEMA-Sophia Antipolis. He was the manager of the new campus in the technology park of Suzhou in 2009. He initiated the first MOOC of SKEMA in 2014 tackling the challenges of Globalization (https://www.udemy.com/globalizationskema) as well as the Country Risk Assessment MOOC in 2017-20. https://www.udemy.com/country-risk-in-the-age-of-global-turbulences/ He teaches Country Risk Management and Global Finance in the MSc Financial Markets and Investments (ranked n°3 worldwide by the FT) as well as at CIFE (International Center of European Training). Most recently, he was coordinator of the South Africa Taskforce for promoting joint academic collaboration with Stellenbosch University.

Dr. Bouchet started his career in France’s Prime Minister Office (Secrétariat Général de la Défense Nationale). He has then held high-level positions in international banking, including at BNP (Country Risk deputy manager), the World Bank (Senior Economist-Financial Advisory Services VP) and the Institute of International Finance in Washington, D.C. In 1990, he became CEO of Owen Stanley Financial SA, a specialized advisory firm dealing with debt restructuring strategy in EMCs, before moving into a subsidiary of ING Barings where he was Principal Advisor. After helping to launch the North Sea-Global Equity Management Fund, he was its Chief Strategist until 2016.

Dr. Bouchet has been International Affiliate Professor at ESAN (Lima) and Visiting Lecturer at ESCP-CFVG (Vietnam) and at ESC-Sfax (Tunisia), as well as at Zhejiang and Suzhou Universities in China. He is a frequent speaker in international conferences. He was Visiting Scholar at the Asian Institute of Technology (Thailand). He is Reviewer of the International Business Review and of the African Development Review (Wiley), as well as on the Editorial Advisory Boards of International Journal of Islamic and Middle Eastern Finance & Management and the Journal of Economics, Finance and Management Science. He is also Expert Witness in international arbitrage courts. Dr. Bouchet is member of Association Française d’Economie Politique, Association d’Economie Financière, ANTICOR, and Transparency International.