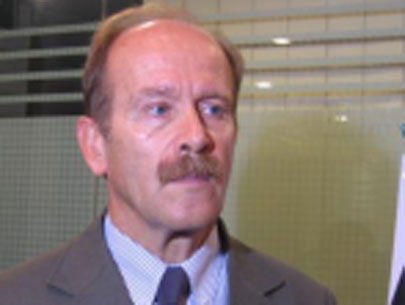 Michel Henry Bouchet, professor of international finance at Skema Business School, France, discusses the implications of China’s illegal deployment of Haiyang Shiyou-981 oil rig well within Vietnam’s exclusive economic zone and continental shelf as well as the impact of the tension on the economic outlook and business environment of Vietnam. This interview represents his own views, not necessarily those of Skema. Excerpts:

The Saigon Times Daily: What is your assessment of the HD-981 rig issue?

- Michel Henry Bouchet: The decision to move China’s giant state-owned oil rig HD-981 into disputed waters has less to do with an oil exploration strategy than with a strategic push to assert its territorial claims in the region. Thus, China’s “provocative behavior” challenges not only Vietnam but, more broadly, ASEAN-Western geopolitical stakes. Indeed, China’s move challenges the cornerstone of global diplomacy, namely freedom of navigation, peaceful resolution of conflicts, and non-use of coercion. The disputed area, near the Parcel Islands, is not the only field of contested claims between China and regional nation-states, given that China’s maritime expansion ambitions involve areas in the South China Sea (known in Vietnam as the East Sea) that challenge other countries, such as Malaysia.

It remains to assess why China uses HD-981 to challenge both Vietnam and the United States, with the risk of drawing regional and international attention and condemnation. The answer lies probably in a series of steps to gauge the reaction of ASEAN and Western powers regarding China’s geopolitical ambitions. The oil rig provocation thus must be looked at as a test of Obama administration’s reaction vis à vis China’s global economic and geopolitical power.

Political stability is one of the factors that have attracted foreign investment in Vietnam. But with the current tension between Vietnam and China, are foreign investors reluctant to do business in Vietnam?

- Vietnam’s macroeconomic environment is improving, hence its attractiveness for global investors. In the latest world competitiveness index released by WEF (World Economic Forum), Vietnam ranks 70th, up five positions, regaining half of the ground it lost last year. This progress mainly stems from better macroeconomic variables and improvements to the quality of transport and energy infrastructures, as well as improving market efficiency. And though the World Bank Doing Business Index ranks Vietnam 99th (ahead of the Philippines, Pakistan and Indonesia), Vietnam improves its foreign investment protection parameters. Vietnam has managed to preserve a robust GDP growth rate with tighter monetary policy and lower inflation, coupled with a positive current account and good solvency indicators. All in all, I do not expect the current geopolitical turmoil to hurt Vietnam’s investment attractiveness with lasting negative impact on FDI flows.

What do you comment on the recent protests that caused damage for companies, including those of China and Taiwan?

- The recent anti-China protests in more than a dozen foreign-owned factories at industrial parks in southern Vietnam shows the risk of national and international escalation, in the aftermath of China’s provocative action. Clearly, these protests exemplify the national sentiment of outrage in Vietnam, but the issue should be dealt with at the level of the two governments.

What scenarios can we expect from the current situation?

- China’s regional ambitions regarding the disputed islands do not boil down to a mere bilateral China-Vietnam tension over a remote archipelago.  Several other regional powers get involved in this confrontation, namely the Philippines, Malaysia, and Brunei. They all hotly dispute China's historical account in the South China Sea. The issue does not boil down either to oil reserves and natural resources in the maritime area around the Paracels and the Spratlys. Mineral wealth is only one matter. But there are other crucial interests at stake, including a major shipping route as well as fishing grounds. All in all, one can spell out three main scenarios.The first one is a risk of military escalation. This is unlikely given that China has no strategic interests in military intervention against ASEAN member countries.
The second risk is that China would rely on a shrewd policy of diplomatic fragmentation, namely relying on bilateral arrangements negotiated behind closed doors, hence bypassing international mediation. China thus would negotiate with each of the four main countries involved, using its diplomatic, economic, financial and trade influence to impose the status quo.
The last scenario is that China would take advantage of the strong protests in the factories at industrial parks in the southern province of Binh Duong and the central province of Ha Tinh to accuse Vietnam’s Government of  tacitly supporting the violence.  The Hanoi government then becomes the accused, hence the scapegoat. China has threatened Vietnam that its “international image and its Government’s credibility” would suffer from its resistance to China's territorial claims due to growing protests and to inflaming regional tensions.
The truth is that China  has also much to lose should the regional turmoil turn into a global crisis. The recent statement in Washington that the U.S. was seriously concerned about China's unilateral actions in the territorial dispute with Vietnam should be interpreted as a warning shot to convince China that it’s time to enter into diplomatic discussions and to stem escalation and confrontation. In a globalized economic and diplomatic system, crisis always leads to negative sum game.